Be sure to check out Pokemon Fire Red Extended as well.

Please go through the known bugs section on Pokecommunity.

The famous Professor Elm has delved into several new discoveries, including the legend of the miraculous stones that allow Pokémon to level up. Because of this, he assigns two of his assistants, Ethan/Kris and [player], to take care of using these stones and give them a Pokémon in return. After sending [Player] to pick up a package from Pokemon-san, a mysterious redhead guy steals a Pokemon in your lab. Now, Ethan/Kris [player], who received a Pokedex from Prof. Oak, will take a journey through the Johto region to complete the Pokedex and learn who the red-haired boy was and why he stole the Pokemon.

What happened to your old hackroms?

I’m out of ideas and inspiration to continue this hackrom. It’s not cancelled, but I have no plans at the moment to continue.

Is this hack a remake of GSC like ShinyGold, Liquid Crystal or GoldenSun?

No way! This hack is a reboot, same goal but different story and scripts. The story is a mix of Pokemon Gold, Crystal, Heart Gold and personal concepts.

Will this hackrome have more than one rival (silver)?

Why did you choose this style for the female player?

It’s based on this old artwork (I have no idea who the artist is at the moment. The artwork is from a fake leak from HGSS in 2009) http://i.imgur.com/3VC01Ep.jpg 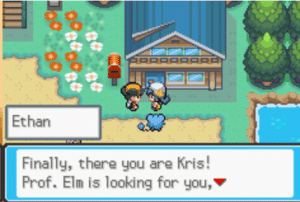 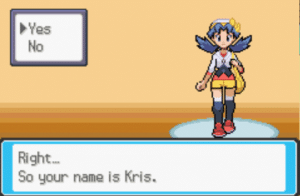 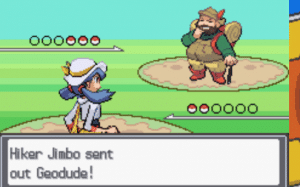